These are all words to describe Pastor Antonio, who believes in the motto “Less is More, Quality over Quantity”. 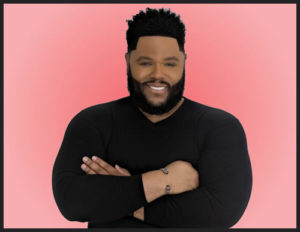 A native of Washington D.C. and  preaching since the age of 5, it was evident that ministry-mentorship-motivation would be his life’s journey unapologetically. Pastor A is passionate about the people he serves, his impact upon their lives, and his unparalleled conviction to introduce them into their life’s purpose.

Pastor A has Been gracefully privileged to have ministered extensively across the globe in over 25 countries and has performed other ministerial duties throughout every major city in the United States. Pastor Matthews has been afforded the opportunity to be featured in several Christian Magazines and on several television platforms locally and Nationally, including Impact Network and The Word Network.

Pastor Matthews credits much of his innovative ideas, his out of the box approach to ministry, and his passion for outreach to his exposure to global ministry.

He often says, “Exposure expands your mind and gives it the elasticity it needs to engage in unparalleled thought.”

Pastor A has a unique ability to reach the unreachable and the unchurched. He identifies with rejected, sees the potential in the under appreciated, and helps the broken to see their value again.

Pastor Matthews’ list of accolades and accomplishments are not important to him but being a dedicated father to Victoria and a leader of God’s people are the priorities of this Kingdom giant.

“If You’re Grateful For EVERYTHING, you will complain about Nothing”